Here's mine, from a trip to Eagle Creek Range with The Data Viking yesterday: 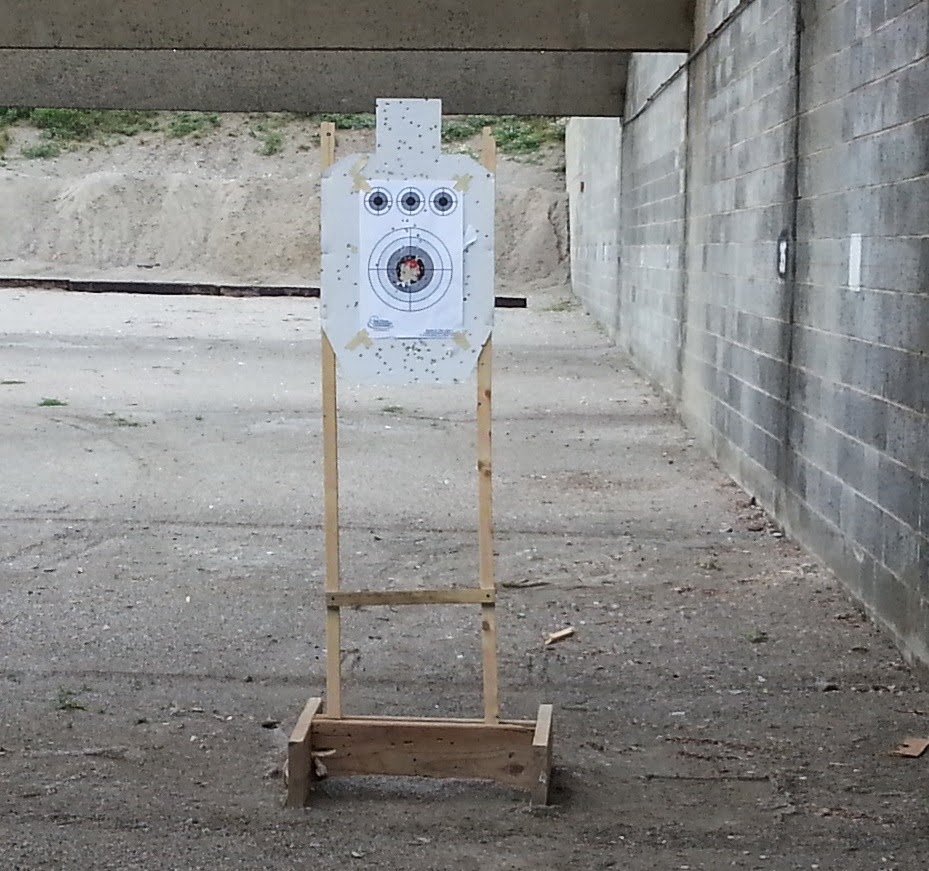 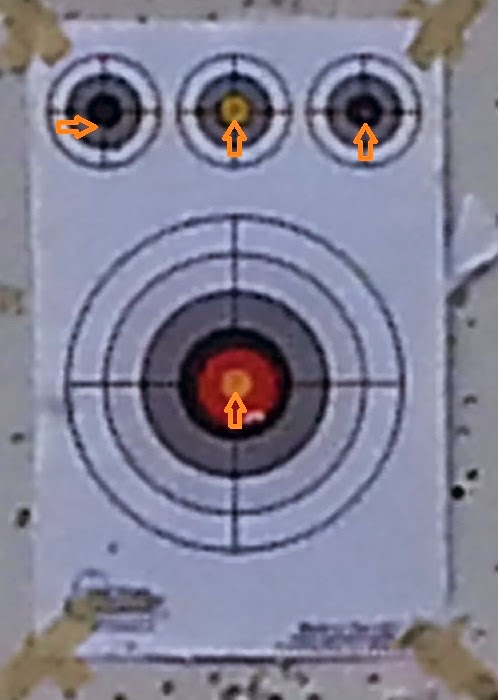 A few words about that particular iron: they were only made between 1946-50 and only 2,900 were made; $1500 is a pretty typical price if you find one.  His has the longer 6.75" barrel and one of the nicest sets of target grips I've held.  You're probably wondering, "Fifteen hundred dollars?  What's it got that a Colt or a Ruger .22 hasn't got?"  Take another look at that target.  I am a slightly above-average shot.  There are five holes in that paper, my first five shots with it, ever.  One is unmarked at about 5:30 at the edge of the gray at top left, followed by one just at the edge of the black on the same radial, then shots centered in the large target, centered in the top-center and not too far off at top right.  The only instruction from the Data Viking was that the sight picture was set to have the point of aim just above the sights and not covered by them as is now typical.  Most good .22s are more accurate than the person shooting them -- this Hi-Standard G-E hauls the shooter up to its level.  If that's typical of the breed, it goes a long way to explain why they sell for four or five times the price of a Ruger Mk. II or III.

I also brought my one of my Colt .32-20s, which makes a fine loud noise and puts holes in the paper where I aim it -- with the teeny-tiny sights, so let's just say my Standard isn't quite as Hi with it. (See also the scatter of hits around twelve o'clock on the wide image of the target, above.)

All in all, a fun way to pass the mid-day, especially on the covered firing line in on-and-off rain

Nice shooting! And those are some excellent .22s that really ARE worth the $$!

Those old High Standards are a treasure. I have my 1968 Supermatic Trophy from my college pistol team days. It still outshoots the Colts, Smiths and anything else.

One of my buddies had a Supermatic Citation I frequently tried to buy from him - no go! He said that was the only way he could hang with my scores, and he wasn't giving away his edge.

X
Did you shoot the H&R Trapper? I have yet to shoot my early model Sportsman

I have not yet shot the Trapper. Thought about it but wasn't sure I had any .22 short or colibri in an easy-to-find place.