That's what UK firearms expert Geoffrey Boothroyd called the .25 Beretta 418 that Ian Fleming had James Bond carrying, and offered several alternatives including the Walther PPK Fleming chose for his superspy. On film, 007 is persuaded to swap the little pistol for a PPK early on -- by no less than one "Major Boothroyd."

A late donation came to Roseholme Cottage with the injuction "buy something fun," and while I wasn't intending to buy anything at all at the Tri-State Gun Show yesterday with Tam and the Data Viking, a Beretta 418 showed up, I had  look at it, and handed it back with a sigh.  "Thank you, but the price is a bit more than I've got today."

The dealer suggested I make an offer, and rather than do the aw-shucks dance, I came back with a ridiculously low one. 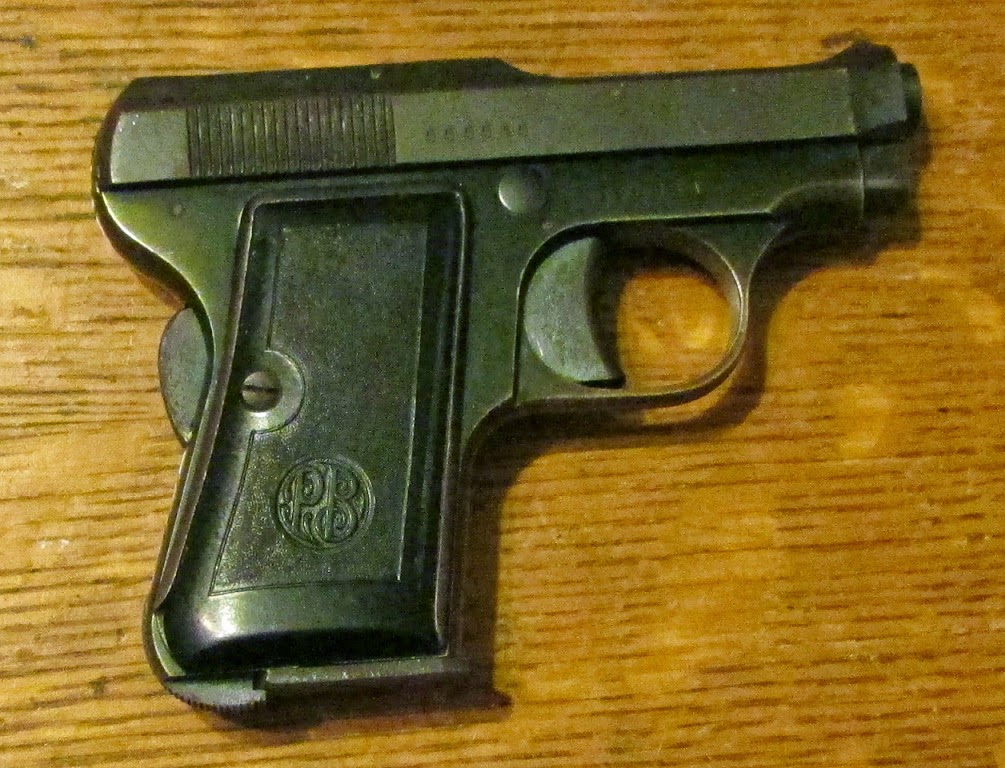 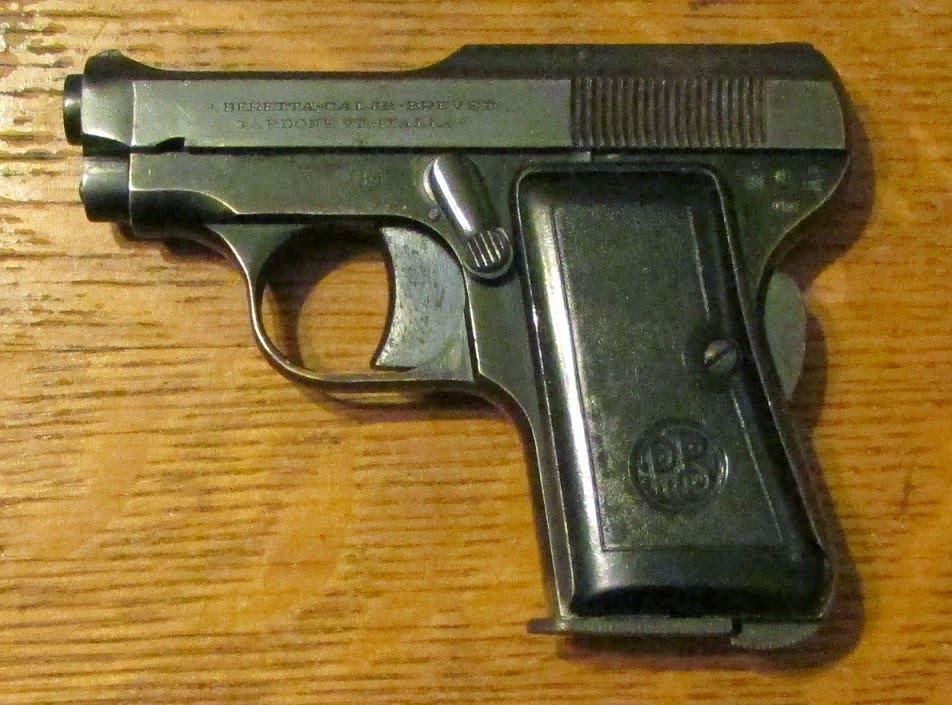 So after all the paperwork, I now have an improper lady's gun.  Or James Bond's.

From the serial number and date stamp, this was made in 1949.  It's one of the versions with an alloy frame, and will get cleaned up, checked out, and find a home in the safe.

*pictures Bernard Lee as "M" saying to Bond "Leave the Beretter, 007," then picking it up and pointing it at various objects in his office, saying "Pew Pew Pew."*

And Bob wins the Internets!

"This sort of gun is really a lady's gun, and not a really nice lady at that."

Oh, I disagree; some women can shoot you and still remain a lady to her fingertips.

Nice find. All I've managed to find in that flavor is a pair of CZ DUO's.

The styling is very similar to my slightly larger model 1934.