My Spring Break: One Day In Images

...I could be blogging on politics -- Rand Paul won, Arlen Specter lost and yet another Congressthing got caught with his hand down someone's pants (I say we just just give up, add "illicit sex" to their duties, and run a charity drive every year to pay for counseling for their spouses). Yes, I could be --

But I have a whole passel'o'pix and I might as well do something with them.

Off we go to the Broad Ripple Art Fair: closest free parking is for bicycles -- that's mine over against the fence. 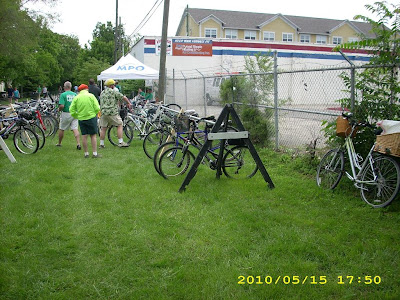 First sight of the fair. 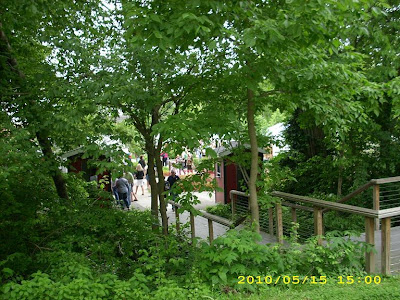 Glimpse of the first section. 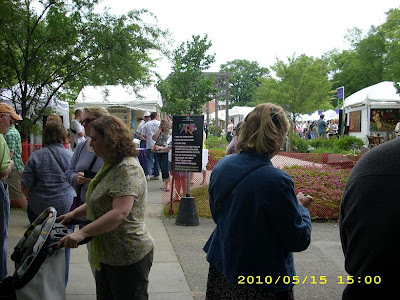 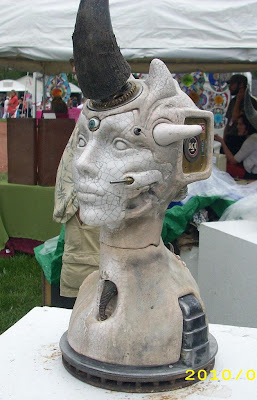 Even under overcast skies, this glass glowed. On a sunny day -- look out! 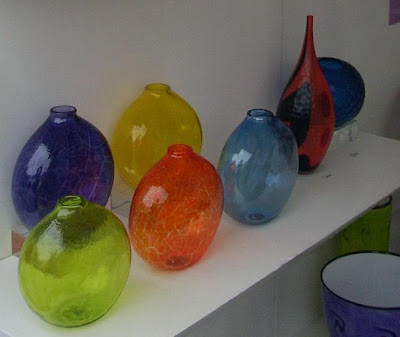 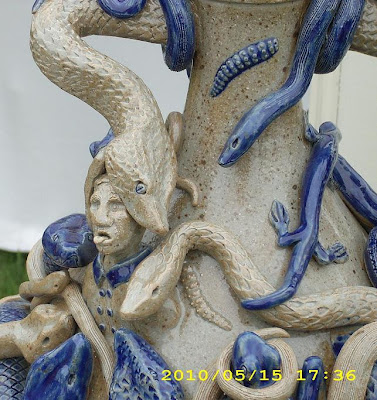 He's on a vase. The other vase dwellers want to do something about that. ...Man looks kind of taxpayerish, doesn't he? 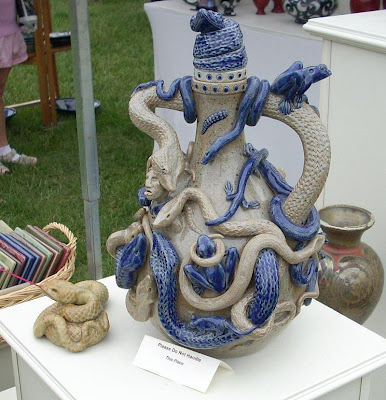 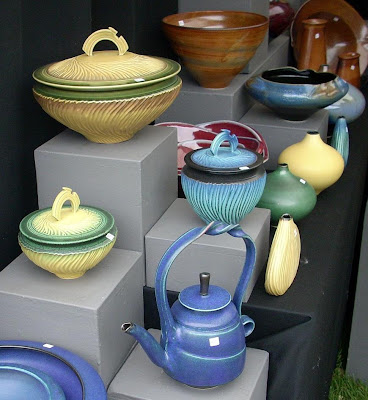 These on the other hand: the size of a small dog, stunning technically, and if it it moves, I am so outta here. 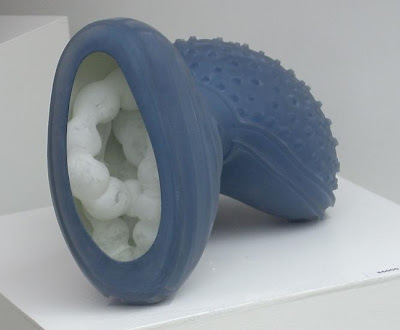 Srsly, isn't this the sort of thing that sticks itself to starships and has to be chased away or scraped off at the next stop?

And there's a day at the fair. See how much better that is than anything that comes from Our Dear Leaders in DC?
Posted by Roberta X at 7:48 AM

Email ThisBlogThis!Share to TwitterShare to FacebookShare to Pinterest
Labels: it's Art okay?, marvels of marvelousness, marvels of politics

Spring Break is only one day long? Damn, that sucks. Maybe you should all storm the Bastille and take over the Dean's office, or something...

I like that the horn-headed sculpture is sitting on a brake disk. The RCA medallion is cool too.

That last one reminds me of a commode that I had an "up close & personal" relationship with, whilst serving in the U.S. Navy many years ago!

You could use pic fourth-down for your "draw Mohammed day" entry...