Tam and I visited the Indiana World War Memorial today. This amazing structure, built as a memorial to WW I troops, includes a remarkable museum and a re-creation of the radio room of the ill-fated Indianapolis. How much an architectural gem is this building? Start with the lobby drinking fountain. 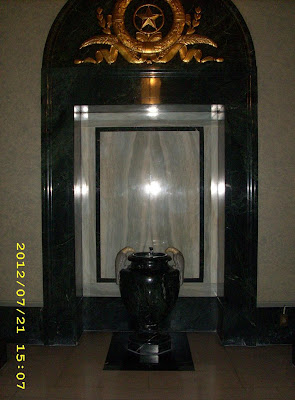 Yes, lean in there between the two American eagles, sonny. They won't bite -- if you're a patriot! 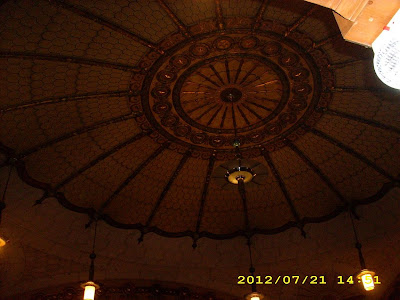 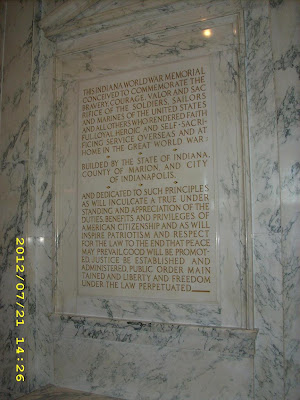 The shrine room, entered via a long, gently inclined stairway with a sharp turn at the top, is nearly impossible to photograph. 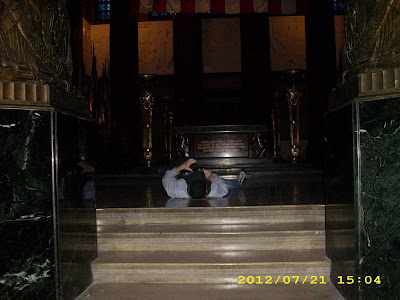 I have snapshots of pieces, sections: 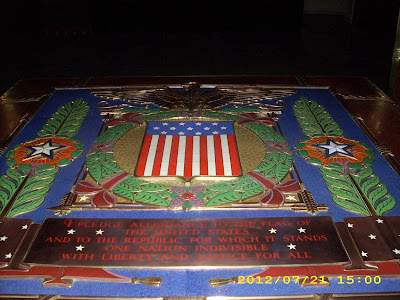 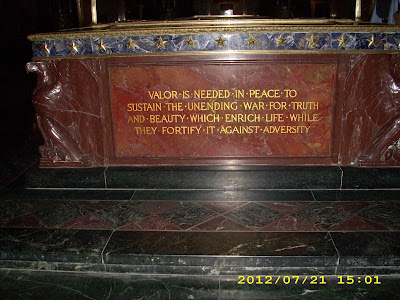 Still, nothing quite captures the sense of the space, 60 feet square and 110 feet tall. 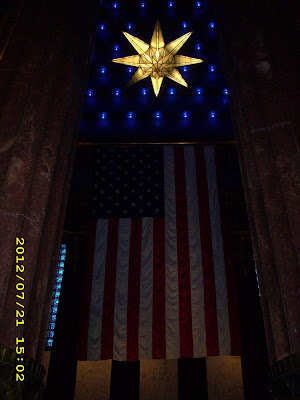 A fascinating place. We'll be back. (And I have the USS Indianapolis Radio Room on Retrotechnologist.)
Posted by Roberta X at 10:09 PM

Looks like a fascinating place to visit. Going to have to add it to one of my Indy trips.

It is. I should go again. Thanks for the reminder Bobbie!

The place really is very hard to photograph.

They really don't make them like that. Though I'm not sure they ever did, It really is concentrated and reverent Eagleland.

The externals are something else too.

ZOMG!!1! tam has fallen and can'tget up!